This book is providing an introduction with a brief discussing of establishing a Modern Social Contract Theories for the next generations of all societies, nations and peoples around the world, from a scientific research point of view, supported with a possibility of particular application based on both statistical fundamentals and social science aspects.

This book provide tow basics as a modern social contract, The Modern Electoral Weights Theory, and The Unity of the Universal Community Theory, that makes, together, a progress movement from multi nations world with same electoral weight for all citizens in each nation, to a one morale united world with deferent electoral weights for each citizen, with the respect to its privacy, sovereignty and geographic borders for every country.

It is considered as a small push which may lead to open the closed doors on the Social Contract that have been established in the middle ages and still dominant in all societies, despite the civilization progress and scientific development which it reached in our time, the progress that we all owe to it, which contributed even to this book and make it appear easily for all of you everywhere in the world in the same moment.

This book is supposed to be a good entry with an important key ideas for all readers from deferent societies and cultures, with variety scientific specialists, or even various levels of decision makers, starting from the new university students up to the highest level of the society leaders in all fields and countries, to share and develop the ideal model of the modern social contract that may solve all our current problems and ensure the best future for our next sequential generations. 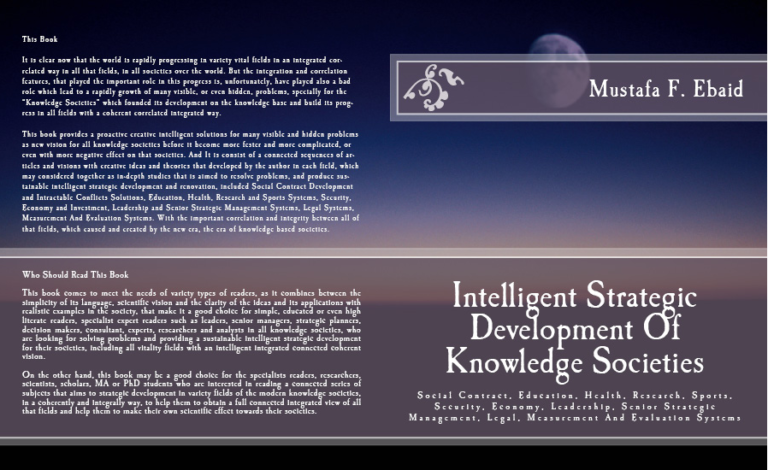